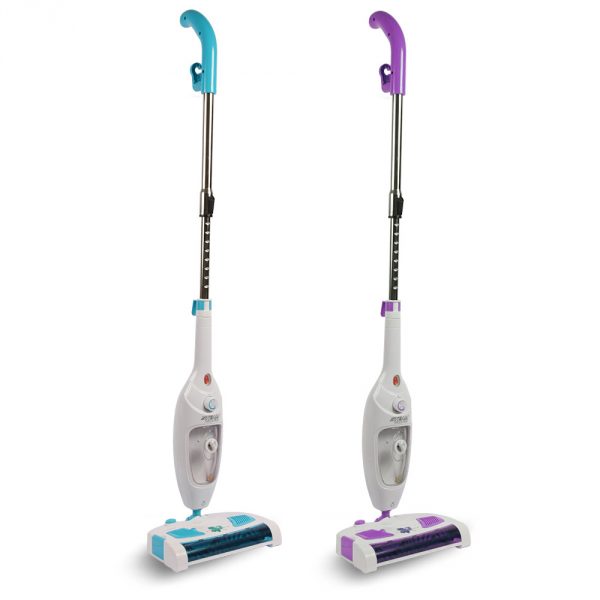 Steam Sweeper is the innovative sweeper “6 in 1″: by using Steam Sweeper you can clean floors, carpets, windows, as well vaporising, aspiring and cleaning. And how? By using the very equipped set you find inside the box.

Steam Sweeper is the steam broom perfect to clean and sanitizes all your surfaces: its various functions let it to  clean in a different way than the traditional ones. Steam Sweeper lets you get perfect cleaning performances: its combined steam cleaning  and aspiration system is really the unique one for cleaning. All you need for a deep hygiene you will find it in only one accessory.

Steam Sweeper, thanks to its exclusive formula 6 in 1, is the unique steam sweeper making the aspiration function, by its rotating brush, and at the same time it lets a deep cleaning by using the steam power. Steam Sweeper gives you the choice to clean and sanitize in a really natural way not using soaps or cleansers but only the steam and its power in removing dirtiness and bacteria.

The temperature of the heat in the Steam Sweeper varies between the 100° and the 130°, thanks to its turbo heat system. The water tank can contain up to 400 ml; the power of the Steam Sweeper is equal to 1300W.

In addition to the moving top equipped with rotating steam brush, the Steam Sweeper includes an accessories kit to clean the house perfectly. The kit includes: 4 microfiber clothes, the triangle-shaped top cleaning the corners, a jet nozzle equipped with a Nylon or brass brush, an extension pipe and a  manual feather duster for clothes.